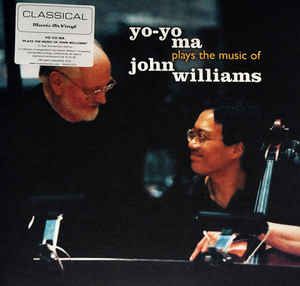 Concerto For Cello And Orchestra

B1 IV. Song
B2 Elegy For Cello And Orchestra

( amazon) " John Williams is not only a superstar film composer, which he does wonderfully well, he's a legitmate classical musician and composer -- which is the work on display here. Instead of "songs", the major piece on this album is a fullblown contemporary viola concerto. It is atonal, dark, dissonant, inaccesible. It is a piece designed to challenge and to reveal it's attributes grudgingly over a series of listens. If the challenge of modern classical music doesn't appeal to you, you have been warned. If you are looking for an intriguing puzzle presented by two masters doing very good work, here's something to take a chance on"