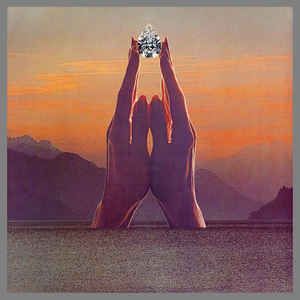 A1 Confused
A2 Make U Mine
A3 Como


Yukon Blonde is such a fun band to listen to and this album keeps up that feel. The album has a heavy 80s vibe, like many recent albums seem to, but it manages to blend it with the usual Yukon Blonde sound and keep it catchy, playful and just enjoyable, without the pretense of others attempting the same throwback sound.


Yukon Blonde, hailing from my native land of Canada, are rocking it old school, and doing it in a surprisingly American way. You'll hear echoes of classic bands like Boston in their taught riffage and sparkling arrangements, and their singer's distinctive twang lends this album its strongest link to country rock.


Vancouvers Yukon Blonde have built their career on fuzzy guitars and massive power-pop hooks, which most recently anchored their 2012 LP Tiger Talk. On their latest full-length, On Blonde, the band have added some new colors to the mix, augmenting their jangly sound with a sizable arsenal of analog synths.

The result is a wildly diverse set of uptempo pop tunes built on thunderous bass lines, spot-on vocal harmonies and the bands typically sunny guitar riffs. Theres plenty here that would feel at home on a 1980s John Hughes soundtrackand even dashes of Purple Rain-era Prince. But the band also prove that they can still rock out on bruising cuts like the bluesy I Wanna Be Your Man.

catchy chorus and driving, guitar-based indie pop. With an added slathering of synths, their flair and infectiousness are dialed up a notch on the vibrant On Blonde. Gleaming synthesizers announce their presence from the opening, dance-inducing beat of the record on the love-addled "Confused," with its '60s harmonized pop underbelly, warbling spaceship noises, and rhyming ee-ooh-ee-ooh-ee-oohs.

The synth pop goes full old-school new wave on the growling "Starvation" and uptempo but longing "Saturday Night" ("Let me dive in the waters around/Your eyes are an ocean"). With lyrics that are largely inveigling or struggling with romantic quests,

there's a yearning seduction to On Blonde that hits all cylinders on the fuzzy glam bomb "I Wanna Be Your Man" and infuses the slinky "Make U Mine" and "Jezebel" ("I got my teeth clenched as tight as can be/And my eyelids afraid to sleep/I'm all alone now/It's hard to breathe because of you, love").

Less sultry and more explosive, the churning rhythm section, galloping guitar lines, and screwy keyboard sounds of the brightly melodic "Favourite People" deliver an energetic fun-packet ripe for a montage sequence in an indie film ("I wanna go down and see my favourite people/I wanna go home and see my only friends").

Meanwhile, the psychedelic "Hannah" offers the album's most harmonious vocals and a two-in-one structure that busts open in the middle, much like the song does to the album midway through the sequencing. All told, on top of Yukon Blonde's engaging songwriting, production by Tiger Talk's Colin Stewart and mixing by Tony Hoffer (OK Go, Depeche Mode, the Kooks) combine for a winning dose of sensual, high-octane, synth-psych indie grub. ~ Marcy Donelson